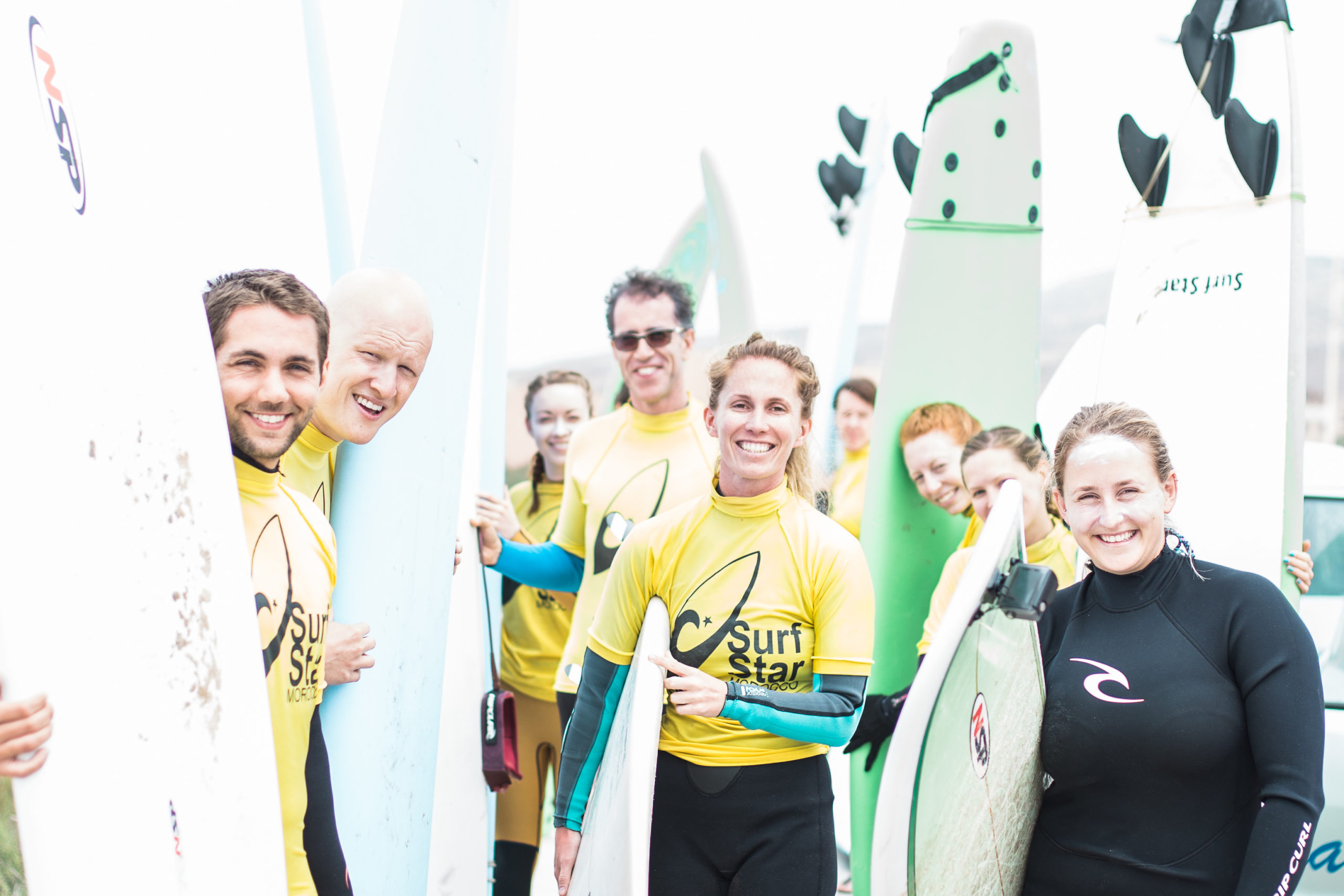 Surf Star has an epic range of Surf Boards!

At Surf Star, we’re quite luck to have a massive and well-stocked board room! But what’s the difference between all of our boards and which board should you pick for your day out on the waves?

We always recommend our beginners start with a foam longboard (“foamie” or “soft top” for short). These are normally between 8’ and 8’4 long. The main advantage of a foamie is its buoyancy – a surfer on a foamie generates little drag when they paddle as very little of their body is underwater, allowing them to move faster and catch more waves! Foamies are also very stable, making them a forgiving canvas for beginners practicing popup technique – and their soft material makes them safer to wipe out on! However as our surfers progress, the stability of a foamie also becomes a disadvantage as they’re harder to manoeuvre quickly. Their buoyancy also makes them impossible to duck dive in bigger waves – they’re best in smaller swell.

A funboard (also known as a Mini Mal) is typically a little shorter than a foamie (normally between 6’ and 8’ long), but remains relatively wide and thick (compared to a shortboard) making it still pretty buoyant and easy to paddle. They’re a great choice for surfers looking to progress off a foamie as they are more manoeuvrable whilst still being quite forgiving on less-than-perfect technique. Their smaller size also makes them easier to paddle out through large swell. They come in a variety of shapes but normally have a relatively rounded nose (similar to a longboard) and a rounded tail. We have lots of NSP funboards in varying lengths which are very popular with our intermediate surfers!

A shortboard is one of the most popular board types for advanced surfers as they are highly sensitive, allowing surfers to perform manoeuvres such as airs and floaters, or catching those sought-after barrels! They are typically under 7’ long and normally have a sharp nose to help duck dive through larger waves. Unlike foamies or funboards which have a relatively flat side profile, shortboards often have more ‘rocker’ (curvature) which prevents the nose of the board from digging in as you drop into a steep wave. Due to their lower buoyancy, they are typically harder to paddle than larger boards and are best in big steep waves rather than rolling ‘mushy’ waves. Shortboards typically have a squash or pin tail (although hybrid designs with fish tails are also popular) and may have three or four fins.

A fish board is similar in length to a shortboard but is normally wider (for increased stability) and has a fish-shaped tail. This tail design provides excellent control and its larger surface area (compared to a pin tail) allows it to maintain speed, making fish boards great in smaller/mushier waves where a shortboard may struggle. Fish boards also have a flatter side profile (less rocker) which keeps more of the board’s surface on top of the water and allows the board to carry speed easily.

The original surfboard shape, longboards are normally at least 8’ long, have either one or three fins, and have a rounded nose for increased balance and stability. Longboarders are distinctive for their relaxed and graceful style on the waves – think fewer aerials and barrels and more cross-steps and Hang 10s! Due to their long length, longboards are slower to turn so are best on fat rolling waves (we love longboarding at Imsouane!). The big boss Momo always inspires us with his longboard skills!

No matter what level you’re at or what style of surfing you prefer, there is a board ready made to suit you. And here at Surf Star we’re happy to let you check out our large warehouse of boards for your sampling pleasure!

This error message is only visible to WordPress admins

There has been a problem with your Instagram Feed.
Error: No posts found.

We use cookies to ensure that we give you the best experience on our website. If you continue to use this site we will assume that you are happy with it.Ok